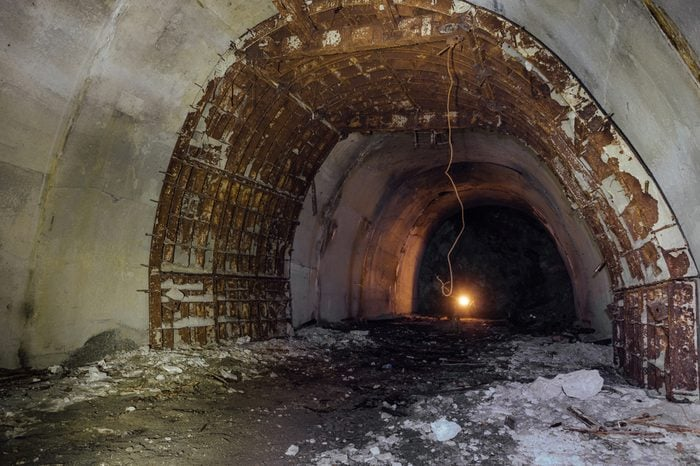 We humans have the curiosity to find answers to every possible phenomenon in the world. While some are centered around facts, some are really strange and cannot be explained. You must have heard about various urban legends that are based on facts, even though they might not be entirely true. However, there are some weird urban legends that may not have any possible explanation but are actually true!

Here are 8 urban legends that are unexplainable but are 100% true:

One of the most interesting stories of Fairfax County in Virginia, the bunny man story dates back to the early 19th century. As per a theory, in 1904, a bus carrying patients from an asylum in Fairfax County crashed. Now, while almost all patients managed to escape, one of them was eventually recaptured. After the bus crash incident, dead bunnies started appearing in that area, with many hanging from the famous Famous Station Bridge. What was more astonishing was historians claim that there were no records of any asylum in Fairfax County in 1904.

No facts could establish the reality of the bunny man story until 1970, when a pair of mysterious events occurred in that area. According to an incident, a young couple was going for a late-night drive when a man wearing a white bunny suit just appeared out of nowhere and hurled an ax at their car. The window of the car was broken, but the couple was not hurt. Two weeks later, another similar event took place when a Fairfax County man noticed an ax-wielding person in a white bunny suit chopping the porch of a newly-built unoccupied house.

However, he was gone by the time police arrived. Well, the real bunny man was never caught, but the Fairfax Station Bridge was renamed Bunny Man Bridge, almost suggesting it to be the mysterious bunny man’s home. You can even spot the place on Google Maps!

We all love the glitz and glam life of the New York City, but can you ever imagine that fully-grown alligators have their own legit colony beneath NYC’s picturesque streets? Well, it’s as bizarre as it sounds. You may have heard about authorities warning about alligators lurking in city sewers. While the colony story might not be true, there have been several real accounts of fully-grown gators living rent-free in sewers, especially in the southern United States. Mainly in states like Florida, where alligators live in the wild, natural disasters like floods can wash full-sized alligators into the city sewer system. In fact, in 2010, police officers even pulled out a two-foot-long baby alligator from a sewer in the New York City. You may be thinking about the gator colony, but that is a pure myth; they can’t possibly survive the chilly winter of New York, can they?

There are a lot of cities in the world that have various folktales associated with them. One such city is the Puebla City, located in the southeast of Mexico. The citizens of Puebla City have often mentioned about a huge network of tunnels hidden beneath the streets of the city. However, for years, no such tunnels were ever found, so everyone believed that it was just a false story. But in 2015, a construction crew managed to discover a very real tunnel under Puebla’s streets. After the crew started the excavation process, they eventually found around six miles of tunnels beneath the Puebla City streets. It is believed that the construction of those long tunnels began in the 16th century and continued through the 19th century. The tunnels, which no one thought existed, are a tourist attraction today. Well, some folklore can be true!

Well, whenever we hear urban legends about some spooky werewolf-like man roaming around in the wilds, we instantly get transported to all the vampire-based series or books. One such story is from the town of Quitman in Arkansas, which dates back to 1954. As per the locals, there was a boy named Gerald Bettis who was sadistic and liked to capture stray animals and do strange experiments on them. Bettis’ sadistic nature grew with time, and he got abusive with his ageing parents. In 1981, his dad was found dead in mysterious circumstances. While newspapers mentioned he died due to some illness, locals believed that it was a cold-blooded murder. There were also rumours that Gerald Bettis kept his mother in house prison until she was placed under protective custody by adult protective services. Later, his mother testified against him in the court, and he went to prison. Though Gerald Bettis died in jail in the 1980s, people still say that his spirit still haunts the family home. In fact, one of the versions of the story claim that Bettis’ spirit walks on four legs and is shaggy like a dog, while another says that he appears as a man in a brown jacket and bow tie. Quite weird!

One of the most weird conspiracy theories of all time is the famous urban legend about a video game called Polybius. The video game was released in 1981 for a month and was designed by the government itself. Polybius seemed to be a psychological experiment which functioned like a drug and gave its players nightmares and even seizures. As per the legend, government officials used to extract valuable information about the players through the arcade machine. Though the existence of Polybius is fake, there were a few video games-related happenings at that time. One such popular game was Tempest, released in 1981, which did cause motion sickness and epileptic reactions in some players. Another incident was that FBI agents did inspect an arcade machine around the same time, which may have given birth to the Polybius story.

Have you heard about the mysterious case of Andre Rand? Well, he worked as a janitor at the Willowbrook State School in Staten Island, which shut down in 1987. Andre Rand was a creeper who continued living on the grounds of the school even after it was and used to hunt lost children. He was later suspected to be behind the disappearance of several children. Though it was never proven, he was found guilty of kidnapping children in 1988 and again in 2004. There is a creepy tale which states that there is a Cropsey who lurks beneath the Willowbrook State School for children. While some people believe that Cropsey was an ax murderer, some say he was a monstrous boogeyman. The Cropsey story might not be true, but it is based on Andre Rant. There is also a documentary called Cropsey, which tries to find out the truth about the man and the urban legend.

How many of you remember the 1992 film Candyman? It is still remembered as one of the scariest movies of all time. An apartment being breached through a medicine cabinet is not entirely based on fiction. A similar story, as shown in Candyman, actually took place. In 1987, in Chicago, there was a woman named Ruthie McCoy who was killed by intruders. They entered her apartment through a gap in the wall which was made for a medicine cabinet. The Shabby Grace Abbott housing projects were built with holes in the walls for medicine cabinets. While the film Candyman was based on a short story called ‘The Forbidden’, the filmmakers also took inspiration from They Came In Through The Bathroom Mirror. This is a journalistic account of McCoy’s gruesome murder and the horror of the housing projects. Well, it’s quite spine-chilling, right? Well, if you still can’t get the essence, it’s a good sign to watch Candyman!

This 20th-century urban legend claimed that a figure with a severely burned face roamed around an abandoned train tunnel at night and made electricity go haywire in Pittsburgh, Pennsylvania. Hearing these scary stories, curious teens would sneak out to catch a glimpse of the spooky person who was famous by the name of Charlie. Well, it turned out that Charlie was indeed a real person, but his name wasn’t Charlie. In fact, it was Raymond Robinson. The real story was that Robinson had suffered a severe accident which involved an electrical line that left him with a disfigured face. Now, due to the trauma of the incident, Raymond Robinson really became a bit of an eremite. He used to stay inside during the daytime and only venture out at night. This particular urban legend is not that scary, as Robinson didn’t really do anything haunting. In fact, he was really friendly and even let teens take pictures with him in exchange for cigarettes, though occasionally.