Home / Entertainment / Courteney Cox Doesn’t Like to Watch Herself on Friends: Here’s Why!

Courteney Cox Doesn’t Like to Watch Herself on Friends: Here’s Why! 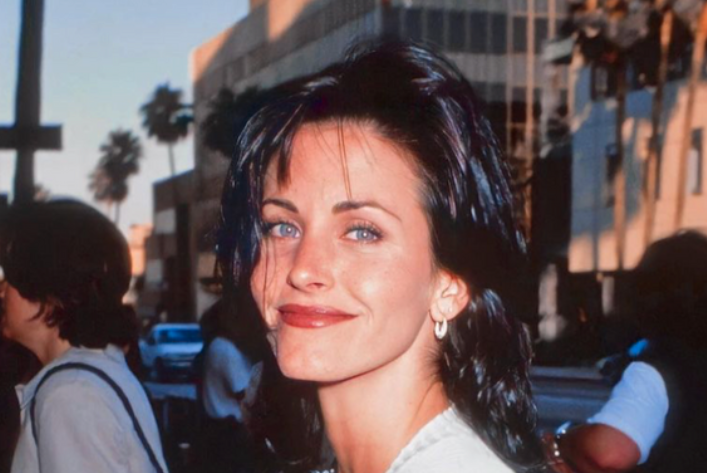 Did you know that Courteney Cox, our favorite Monica Geller from the world famous TV show, Friends, hated filming one sequence of the show. Read more..

In the chat that Courteney Cox had with Today, she said that she remembers a sequence in the TV series that she hated filming and she remember it till date. Well, she found these scene to be a nightmare for her. So what was it? It was an iconic Friends scene that you certainly would never have guessed if we wouldn’t have told you here, and that was the Fountain Scene. It was the scene that required splashing around in a fountain. Yes, the one you see in the Friends title song.

We were in that fountain for a long time,” Cox reminisced (via Entertainment Weekly). “Someone thought that would be fun and let me tell you what happened: it’s not fun to be dancing in a fountain for hours and hours.” She said she was thinking to herself,  “Literally, how much longer are we going to pretend to love dancing in this water?”

However, this blog is not about that fountain scene or her nightmare time with it during the shoot. We’re here to know why Cox doesn’t like to watch herself on Friends when she goes back to sometimes re-watching the show. Oh, not it was not because of that scene! The real reason is that the network often speeds the episodes up so that they can fit in commercial breaks and that alters the actions and the voice of the cast.

“I sound, I think, the way Minnie Mouse or Tinkerbell sound like,” Cox revealed, adding, “I hate my voice so much.”

Most people wouldn’t notice it but Cox says that she does, every time they do it and she hates it. She says she can tell exactly when they speed the episodes and she can’t stand it. When her voice sounds like really sharp and sped up she hates it.  She said, “sounds like I’ve been smoking a ton of cigarettes since then, and I haven’t.”

However, when she watches the series without any of these changes, she simply loves it. In the recent Friends Reunion you can see all of the star casts crying out tears of joy for meeting up together in the sets after so long. It is just amazing! Brings back our memories from our younger days when things were so much easier and romance was something so different.