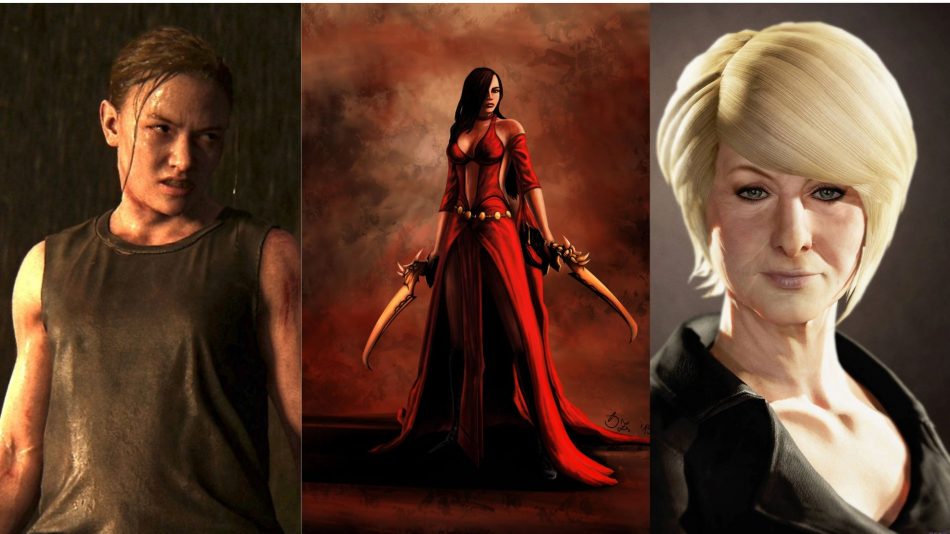 Leaving the movies and TV shows behind, we’ll dig into the gaming genre in this article.

We tend to always talk about heroes, be it games or movies. But, what makes the heroic character interesting is the presence of a villain. Do you agree? I am sure a lot of you would agree.

If you are fond of giving equal recognition to the negative characters in movies, TV shows, or games, you’ll love the information we share in this article.

Leaving the movies and TV shows behind, we’ll dig into the gaming genre in this article. Playstation lovers know how impressive it can get with the presence of an exciting villain. On top of that, the performance gets even more memorable if it’s female villain characters. Therefore, this write-up will discuss the most iconic female villains in Playstation games.

Here’s the list of the most iconic female playstation characters

Kaileena (Prince Of Persia: Warrior Within)

Kaileena is one of the prettiest and most renowned villains of PlayStation games. She is pretty intriguing in the game and initially appears to be on the side of the Prince to bluff the players. During this time, she reveals herself as the Empress of Time. As the game proceeds, a huge revelation put this antagonist in Prince’s crosshairs.

Later in the game, the Prince realizes that Dahaka is the true enemy, and players can fight this deadly entity instead of killing Kaileena. However, this was only possible if the players got all the Life Upgrades.

Those who have played The Last of Us Part 2 know how heavy Abby can get as an enemy. She is the villain in Ellie’s journey, and she leaves no stone unturned to make the hero’s life miserable. Over time, the players realize that there’s so much more to the character of the antagonist than it appears in the initial phase.

The cycle of violence in the game begins with Abby killing Joel over her father’s death. The players believe this moment is the most defining moment of the entire game is it kickstarts the events of the consecutive game.

Uncharted 3: Drake’s Deception worked exceptionally to expand Drake’s backstory as an orphan. The game has a great antagonist, Katherine Marlowe, who amazes the players with her powers and performance.

Katherine Marlowe has an obsession with Francis Drake’s ring, which makes her clash heads with Sully and Nate repeatedly. As the game proceeds, this obsession over the ring becomes unhealthy, and the villain loses her life over her obsession.

Danganronpa is amongst the best murder-mystery series. Fans of Ace Attorney had a great time playing this game and enjoying the company of the world’s most famous villain. Each game looks like a twisted killing game, which restores the interest and attention of the players. In addition, the plot revelations in each game are excellent.

Junko Enoshima is one of the evilest characters in the series, and each title focuses on the evil actions of this female villain. She was the only reason behind the entire world of Dangaronpa being plunged into the apocalypse. Her presence was quite noticeable even after her demise.

Final Fantasy 10 made a remarkable entry for the series, which announced its arrival in the new generation of consoles. The game is too brilliant to be missed as it introduces the Final Fantasy formula in the most modernized way.

On top of everything, the game is full of projections with challenging bosses, including the most renowned Lady Yinalesca. The party in the game decides to fight back against the cycle of hatred, and Yunalesca fights against them, being the most demanding boss of the famous game.

One of the initial games on the PS4, Infamous: Second Son, built the foundations of Infamous, despite a lot of its mechanics being dated.

Brooke Augustine was the antagonist of this tale, and the director of the Department of Unified Protection. Brooke took the extreme step against Conduits and hunted them down. It got worse when players recognized that this hypocrite was a Conduit herself.

Marlene (The Last of Us)

Marlene seems like a decent character at the start. However, later in the game it was discovered that Marlene was so fixated on finding a cure that she chose to sacrifice the life of an innocent child.

Naughty Dog is known for writing some of the most compelling female characters, and Marlene is one of them. Marlene’s role didn’t sit well with Joe, who shot up the complete building and killed Marlene, intending to save Ellie’s life.

Do you remember the character of Nadine Ross, who got a starring role in the standalone expansion Uncharted: Lost Legacy? A lot of playstation lovers do, and they love this character. Nadine Ross is a decisive enemy who appears to stop Nathan and Sam during Uncharted 4: A Thief’s End.

Nadine Ross opposed the Drake brothers and the only reason behind this was that Rafe Adler hired her. Nadine actually had the pretense of common sense, and she told both Nathan and Rafe before leaving them to duel to the death as they clashed over Henry Avery’s riches.

Lady Maria is one of the epic gaming characters in Bloodborne. The tragic tale of this character, with her psyche getting deteriorated after she commits various atrocities, makes her presence worth it. As a result of this tragic incident, she was doomed to stay trapped in Hunter’s nightmare even after her death.

The blood and fire added to her regular attacks make her fight even more damaging.

One of the most famous antagonists, Ultimecia, appears out of nowhere after the revelation about Edea being manipulated in Final Fantasy 8. Her character’s presence in the final stages of the game, including her fight with the final boss, adds to the excitement of the game.

According to the gamers, what makes the character of this villain more engaging is the theory of Rinoa being Ultimecia.

So, these are some of the most iconic female video game villains that you would love to take a fight with.