Our Flag Means Death – The New Must Watch TV Series 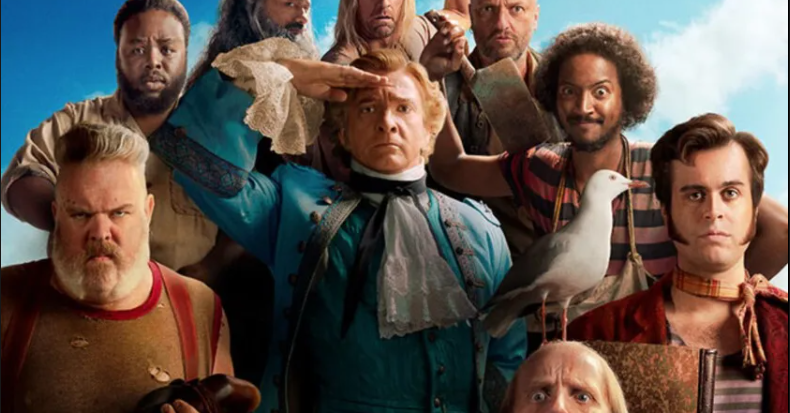 Our Flag Means Death was premiered on the 3rd of March, 2022 on HBO Max. There are 10 episodes so far. It’s going a strong 7.5 stars out of 10 on IMDb. The series is just perfect, it is hilarious, entertaining and would keep you glued to your couch till you have seen the last episode.

The makers of the series are calling it the “Next Comedy Jackpot”. The series is set in the 18th century it is a make inspired by a real life story and it revolves around the adventures of a aristocrat who is eager to be a pirate but while also being a gentleman. This person is seafaring and in his journey meets Blackbeard, the legendary pirate and then this brotherhood of buccaneer evolves to become something completely different.

After the mind-blowing series Peacemaker HBO Max made sure they don’t lose their comedy loving audience and brought to us this masterpiece, Our Flag Means Death. The series has a crew of misfits played by popular actors such as Kristian Nairn, we all know him as Hodor from Game of Thrones.

The hashtag #OurFlagMeansDeath is going viral on Twitter with people showing true appreciation for the show.

Some comments are as follows: