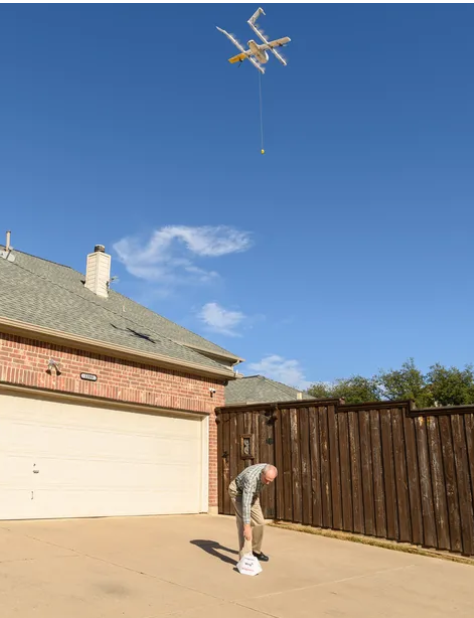 A handful of companies, in the United States, are manufacturing over a hundred drones a day, and these drones are called Delivery Drones. Read more…

Started functioning because of the covid situation, these delivery drones that were expected to be a temporary thing are now taking off well in the United States. Over 100 drones a day are being manufactured by a handful of companies. According to the WSJ, as of now a lot of testing is going on for the evolving method of delivery with drones. The Federal Aviation Administration (FAA) has allowed small-scale operations in Arkansas, North Carolina, and Virginia, U.S.

Another related news coming from Google’s parent Alphabet is going way bigger than expected. They are going to launch “Wing”. Wing is a delivery-by-drone service. The area that Wing would cover would be thousands of homes in Dallas.

The company was testing it services last year. The CEO of Wing, Adam Woodworth said, “This is an important milestone for Wing and drone delivery in the US,”

The officials at Wing said, “will initially be dedicated to exploring new use cases, community demonstrations, and public tours.”

Amazon is also in the game but it seems to be going slow. It had announced about its idea of working on delivery drones in the year 2013 and is still not out with a final tested system to begin. Apart from these giants we have FedEx also working on delivery drones and they are planning to test drone deliveries between sorting facilities next year.