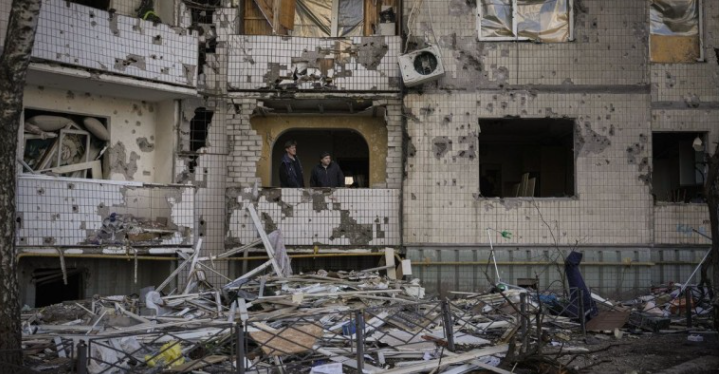 On Tuesday the Ukrainian troops were mounting a counteroffensive on multiple fronts to push back some Russian forces in the country. Read more..

The Kyiv suburb was retaken by the Ukrainian troops on Tuesday when they launched counteroffensive on multiple fronts in the east and south regions. That being said the Russian military were still advancing deeper into the southern port of Mariupol. Over 90% of the buildings in the city have been destroyed the the number of civilians killed are over thousands.

President Joe Biden is preparing to meet with fellow NATO leaders in Brussels this week. The reason why this meeting is important is that the alliance would discuss how to respond in case Russia uses nuclear or chemical weapons on Ukraine or in case Putin decides to stage a cyberattack somewhere else.

According to western officials and strategist the world must certainly fear Moscow as they might use unconventional and outlawed weapons. What CNBC thinks is if Putin uses chemical weapons in Ukraine it’s a ‘game changer’ for NATO.

After the Ukrainian president refused to surrender Mariupol the catastrophe continues to increase and kill thousands. The Russian ships in the Sea of Azov are now bombing Mariupol.

The opposition leader Aleksei Navalny to 9 years of imprisonment on fraud charges while the international have called the charges to be complete nonsensical.

As of today over 10M people have fled their homes from the suffering country. The bombarding is not stopping. EU firms are supporting Ukrainians to find jobs. Read more about that here: European Firms Hiring Ukrainians to Show Support

Regarding healthcare facilities, at least 62 have been attacked so far. Out of all 10 hospitals have been destroyed by Russian forces. There have been forest fires near the defunct Chernobyl nuclear power plant.

If you do not know how to help but would like to show your support. There are ways you can support Ukrainians by sending money to Ukraine. Read more about that here:  Send Money to Ukraine Only Via Trusted Apps and Websites