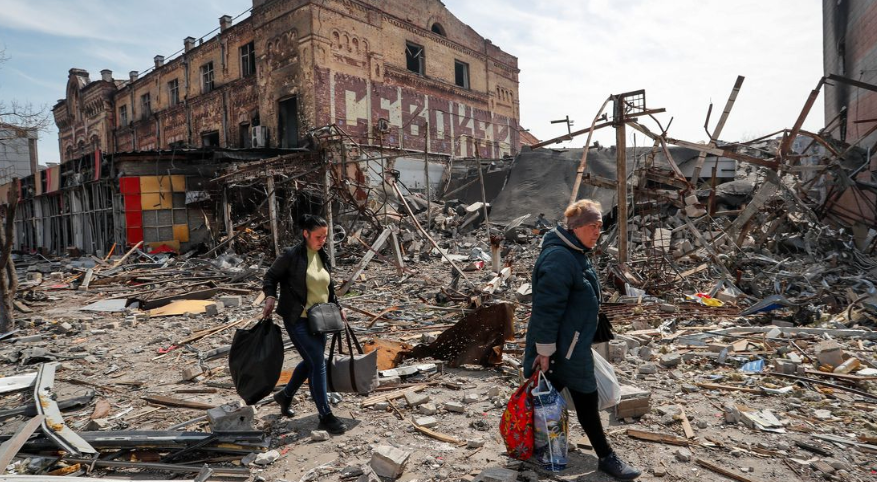 On Monday, civilians were forced to flee the eastern region of Ukraine as Russia’s new plan to launch a new offensive was discovered by the Ukrainian government. Read…

Satellite images show an 8-mile long convoy of Russian tanks, artillery, and equipment heading directly towards the Donbas region of eastern Ukraine.  Atrocities are being committed regularly by the Russians and now that the world is gradually going against them, they do not seem to worry about their reputation anymore.

Ukrainian forces recently recaptured certain areas around Kyiv and they are finding more atrocities by the Russian forces in those areas. They said, up to 50 civilians were killed as they tried to run because of the fighting.

Austrian Chancellor, Karl Nehammer was at a 75-minute meeting with Russian President Vladimir Putin in Moscow. According to Nehammer, peace negotiations might not halt the war is what he felt. Over two-thirds of all Ukrainian children have fled their homes since this war began.

There have been over 5,600 war crime cases. Ukraine is also not doing good economically. The World Bank said that Ukraine’s economy would shrink by around 45%.