Home / Entertainment / The Highlights of the Grammy Awards

The Highlights of the Grammy Awards 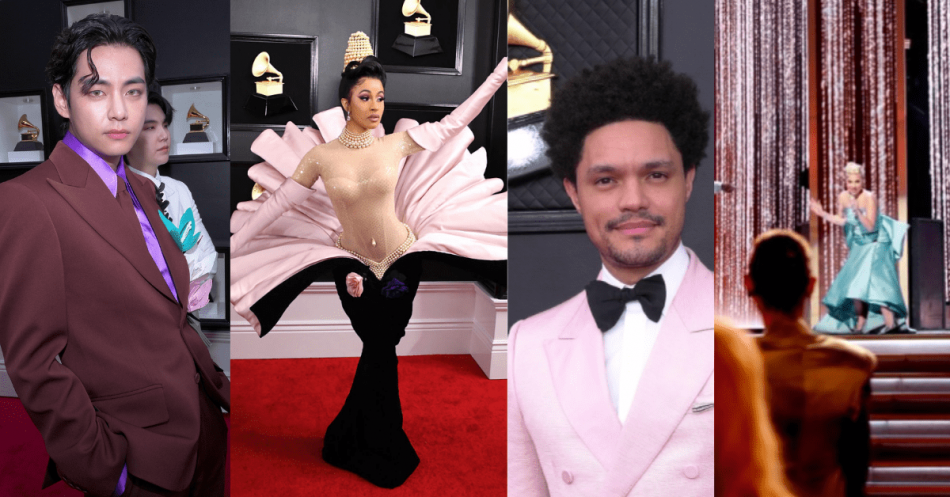 Read: Will Smith Slaps Chris Rock – Apologizes for It Later

Also, Noah decided to wear pink for the grammys giving him an amazingly unique look that we all loved. The Barbie hot pink infact domicated the 2022 grammys. The carpet was red but the outfits were mostly pink. As the celebs strolled into the MGM Grand Arena in Las Vegas they sported several shades of pink, magenta, pink lemonade, rose, sunset and ktten’s ear.

Kim Taehyung’s won the Grammy’s red carpet though. Look at that hair and that sexy single curl falling on his face. It is too much to handle for fans.

Lady Gaga delivered a dazzling Jazz performance. The songs that she sung, “Love for Sale” and “Do I Love You”. She looked gorgeous in a Tiffany blue gown. The star gave her very best at the awards. She belted out her heart on stage. She had a jazz band and orchestra alongside her to help her shine out like she did.