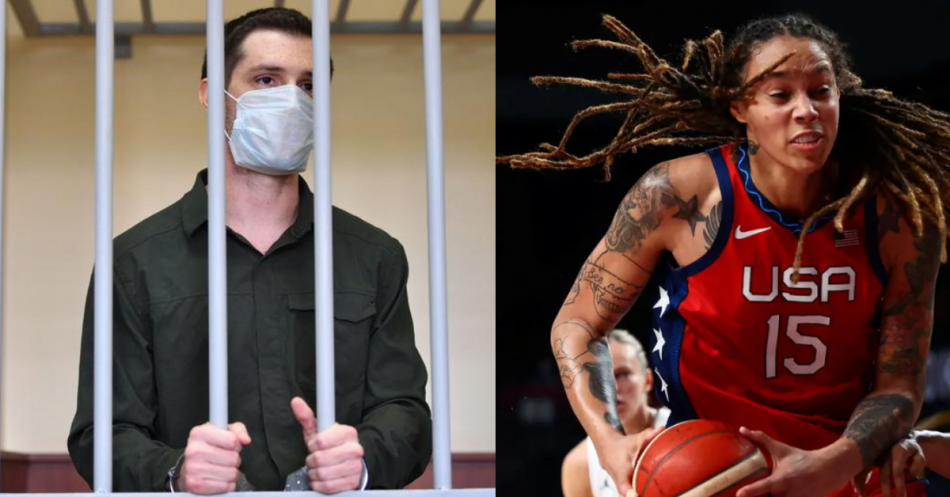 On Wednesday, the officials of U.S. and Russia announced that the former U.S. marine Trevor Reed has finally been released by Russia in a prisoner exchange. This has drawn attention to Brittney Griner still being in jail in Russia. Read more…

Reed was sentenced to nine years in prison in Russia and was charged with assault in 2020. He has recently been traded for Konstantin Yaroshenko, who is a pilot from Russia. Yaroshenko was put behind bars in the U.S. for over 10 years on account of smuggling drugs.

Trevor Reed’s release is now drawing attention to the imprisonment of Brittney Griner, who is also jailed in Russia on being found carrying hashish oil in her luggage. For those who don’t know, Griner is an American professional basketball player. She plays for the Phoenix Mercury or the Women’s National Basketball Association.

Read: What We Know About Brittney Griner’s Detention in Russia

Griner’s wife, Cherelle Griner, said on Instagram that her “heart is overflowing with joy for The Reed Family. I do not personally know them, but I do the pain of having your loved one detained in a foreign country. That level of pain is constant and can only be remediated by a safe return home. For the Reed family, that day is today.”