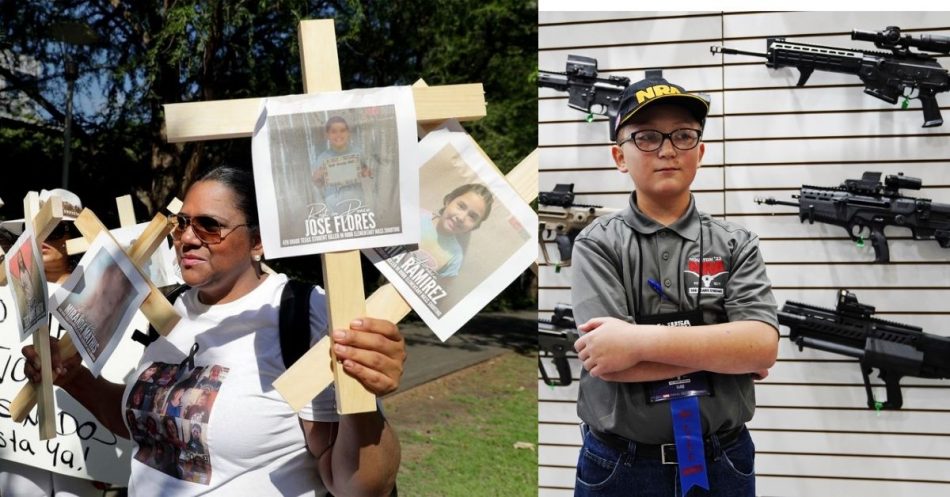 Last week At least 19 children and 2 adults were murdered after a shooter Salvador Ramos, opened fire at Texas elementary school. Read about the protests of National Rifle Association Convention program and what the NRA has to say about this.

According to the information so far, the police have waited about an hour to engage with the gunman who has attacked the school and the authorities are acknowledging that the police did the wrong thing by waiting for an hour. They made “the wrong decision,” they said.

President Joe Biden visited Uvalde on Sunday and he paid his respects. Schools are tightening security as this kind of threat is being seen a lot. Recent an 18-year-old gunman shot a security guard and killed innocent people at a supermarket.

The mayor of Houston Sylvester Turner has urged the NRA to postpone the convention out of respect for the victims who lost their lives. The convention was the “largest gathering of NRA members and Second Amendment supporters in the country,” and drew about 80,000 attendees as it went on to be conducted as planned.

The NRA conventions were canceled multiple times due to the pandemic and it was finally scheduled after 2 years. This was why they didn’t postpone it even after the mass shooting at the Texas school.

The NRA issued a statement expressing “our deepest sympathies … with the families and victims involved in this horrific and evil crime,” referring to the shooting in Uvalde. The NRA saluted first responders and school officials and called the shooting an “act of a lone, deranged criminal.”