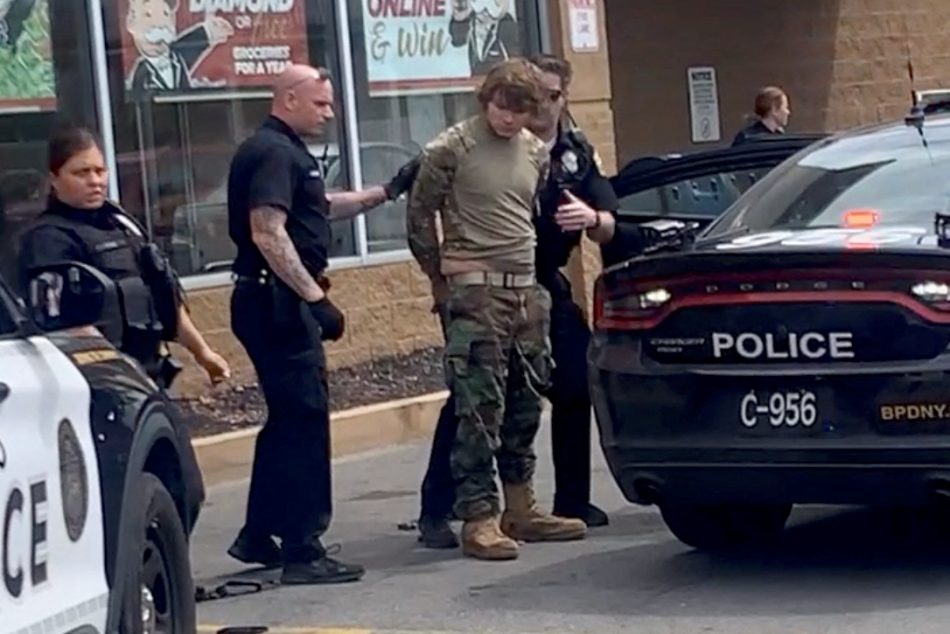 A white armored gunman, only 18 years of age opened fire in a supermarket. He exited his vehicle and was sporting a rifle. He wore military-style clothing with a tactical helmet and gears. Read more…

The gunman initially shot four people outside the store and inside the store, a police officer fired multiple shots at the gunman and managed to successfully shoot him, but the gunman’s bulletproof vest saved him from getting hurt. The gunman then shot the security guard and killed him.

The killer is caught on camera shooting several innocent people inside the supermarket. There were 11 victims who were Black and two were white.

The Mayor of Buffalo, Byron Brown

Later when the Buffalo police entered the store to confront the gunman, the suspect put the gun to his own neck. The police officers talked the gunman into dropping the gun. They then approached him and removed his tactical gear and he surrendered at that point.

The gunman was identified as Payton Gendron from Conklin, New York state. The officials were not allowed to speak publicly on the matter.

Read: How Drug Detox Can Help With Addiction