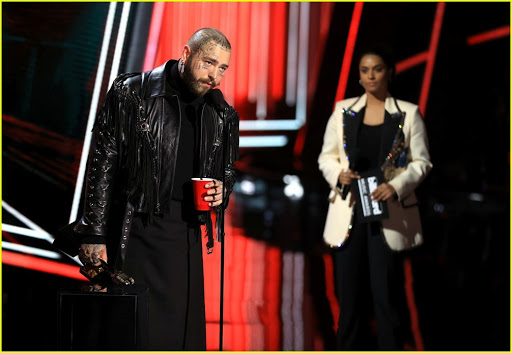 The artists everyone is talking about, Post Malone, surprised his audience by performing from a secret location during the Billboard Music Awards 2020. This was certainly a site to see.

The most nominated artist of the night, @PostMalone, is performing TONIGHT with @TylaYaweh. ? Don't miss it at 8/7c on NBC! #BBMAs pic.twitter.com/U24CDR8tHn

Post Malone‘s most liked song circles has been trending in the top ten songs of the year since the time it premiered September 3rd on YouTube on 2019. It’s been a year but you just can’t get enough of this track.

The song is the best track from the album Hollywood’s Bleeding.

Who Won the Top Artist Award in the Billboard Music Awards 2020?

Which Album won The Top Billboard 200 Album in the Billboard Awards 2020?

When We All Fall Asleep, Where Do We Go? – Studio album by Billie Eilish